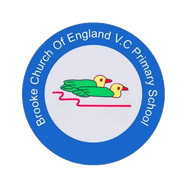 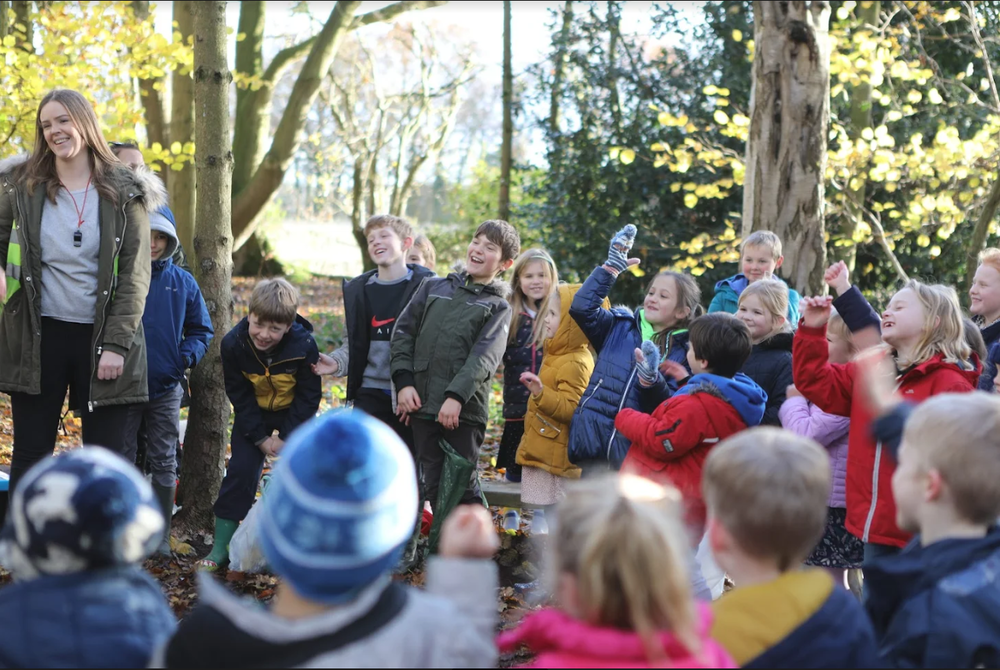 Year 3 and 4 children can be found in our newly refurbished Emu class! They are taught by Mrs Weal, and supported by Ms Kineavy. To find out more about what Emus will be learning during the Summer term, click here.

We've been hard at work in Emus class, writing about our lessons in our newsletter!

This week we have been very busy in Emu class learning all about the Industrial Revolution. We have been thinking about the cotton industry, coal mining and blast furnaces!

We created models of a blast furnace and looked at paintings of coal mines during the industrial revolution.
At the end of last week, we thought about bravery and courage and what we need to show bravery in. Some of us overcame our fears and showed fantastic courage by singing a solo in our performance of this is me!
We have also been really enjoying our class book: Bloom.

It is all about a girl called Sorrel, who finds some surprising seeds in her garden. She is unsure about what to do with them until she starts hearing a voice telling her to plant them! A few days after she has planted them, she starts to feel strange. She needs to sleep, be in the sunlight and she LOVES rain. What do you think is going to happen next?

The Census - By Rosalyn, Jessica, Lacey, Max and Issy

In Emu class over the last 2 weeks, we have been learning all about the census. The census is a count of all the people in England and parts of Wales. The first census was in 1801and it happens every 10 years. This year is a census year! The only time the census has been missed was in 1941 because of World War 2. The 1931 census got destroyed in a fire in 1942. The census is very useful for telling us all about history. It can tell us peoples occupations, how many people live in an area, where people were born and how many children they have. We used the census from 1851 to learn more about Brooke. We looked at some of the people who were alive then and found their graves in the church. We then found out more about them and created fact files about their lives. We found Elizabeth Copping, James Tidnam and James Tibbenham.
We also looked at old census records from Buckingham palace. We found Prince Al-bert who set up the Strangers Home Society to support Lascars. The Lascars were people who worked on boats.
We went on 2 trips out around Brooke. One to look at old houses and their names – we found a Blacksmiths and a coach house! The next time we went to the Church to research the people we had been learning about in Brooke. We also watched a man thatching on the roof.

Finally, we learnt all about the Domesday Book. The Domesday Book was made by William the Conqueror in 1086 so he could find out who was wealthy and then raise taxes. We found Brooke in the Domesday Book:
Brooke was held by Earl Gyrth in the time of King Edward and King William when he first came gave it to the abbey of St Edmund... There were then 33 villeins - now 38. Then as now 3 slaves. Now 3 ploughs on the demesne, and 6 ploughs belonging to the men. Woodland for 30 pigs, 9 acres

By Isabella, Olive, Rosalyn and Aubrey

As we came into the cloakroom on Monday 8th March, we found that everyone had hair nets, shoe covers, aprons and gloves on! It was very strange! When we were all dressed and ready, we walked into the class-room and realised why we had the strange clothes on. Someone had bro-ken in and 2 laptops had been stolen! When the police came, they told us to look for as much evidence as we could at the crime scene. So we did!
A forensic scientist came in a day after the crime had been committed and talked to us about fingerprints, microscopes, DNA, footprints, analysing materials and chromatography. The chromatography was awe-inspiring! We interviewed some suspicious-looking suspects and an eyewitness to collect fingerprints, handwriting samples, shoes and pens.

Over the week, we had a lot of discussions about everything we had found out (there were a lot of exciting things) and we shared all of the in-formation between groups. We had gathered so much evidence and to-wards the end of the week everything was pointing towards Jacky in the office: the bit of the material found at the crime scene matched Jacky’s scarf, DNA evidence matched Jacky’s, fingerprints and a footprint.
Later on the Friday, Ms Kineavy and I (Aubrey) went to get the label printer from Jacky in the office and in that exact draw (Jacky’s personal draw) were the two stolen laptops!
It was an incredibly exciting week and we had so much fun!

Emus recorded a video to demonstrate our value of Wisdom for Easter! Enjoy it here!

Throughout the week, we created newspaper articles about what had happened and we collated all of our evidence on Friday into a police report. We had an incredibly busy week in Emus but we have finally solved the case!

On Tuesday 9th March, we had a visit from a forensic scientist - Mr. Bligh - to assist us with our enquiries. We used microscopes to analyse material found at the scene, handwriting samples to compare to our suspects, fingerprints, and footprints and we looked at how DNA evidence could be used! We also continued with our investigations, speaking with witnesses and our top suspects!

Monday 8th March saw all of us back to school again and what a start it was for Emu class... They came back to school to discover that a crime had been committed in Emu classroom! The police quickly arrived to help them solve the case and it was quickly discovered that 2 laptops were missing!

On Tuesday 23rd February, 4 objects arrived from the Queen. We thought about what they could be and what they might mean to the island. What do you think? We also wrote letters back to the Queen to ask some of the many questions that we had!

On Monday 22nd February a mysterious letter appeared in the playground with some photos. The letter is written in code, so our first challenger was to try and decipher the code. Where do you think this island might be...? 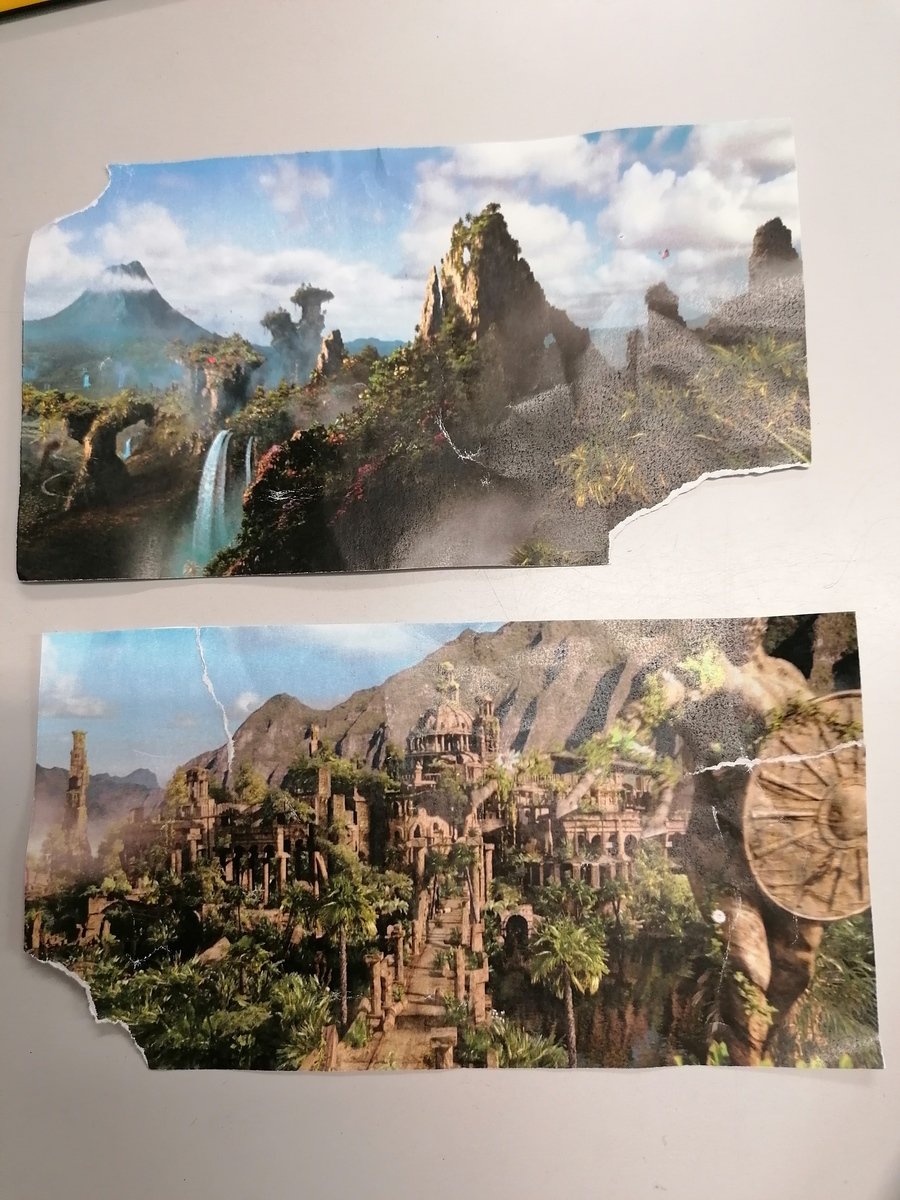 Over the last couple of weeks, we have been writing a formal persuasive letter to Mr. Griffiths about allowing Ahmet to join our school. We thought carefully about our reasons and we found facts and data to back up our ideas. We did some incredible writing!

We have also been enjoying our class book - The boy at the back of the class - and we have started to learn about Syria and refugees. Check out some the work we have been doing. 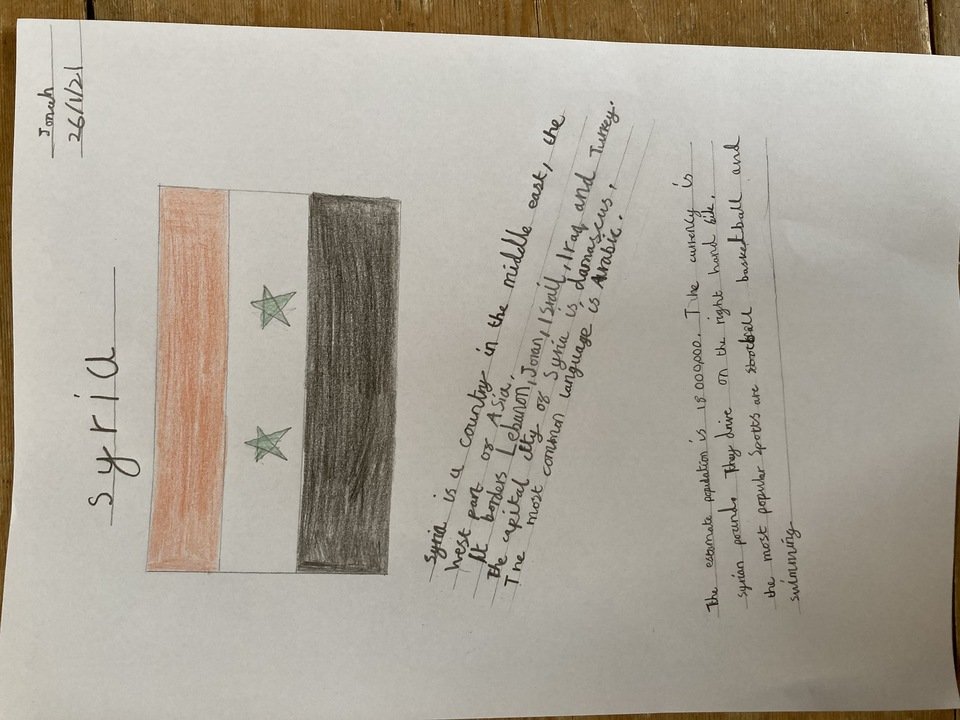 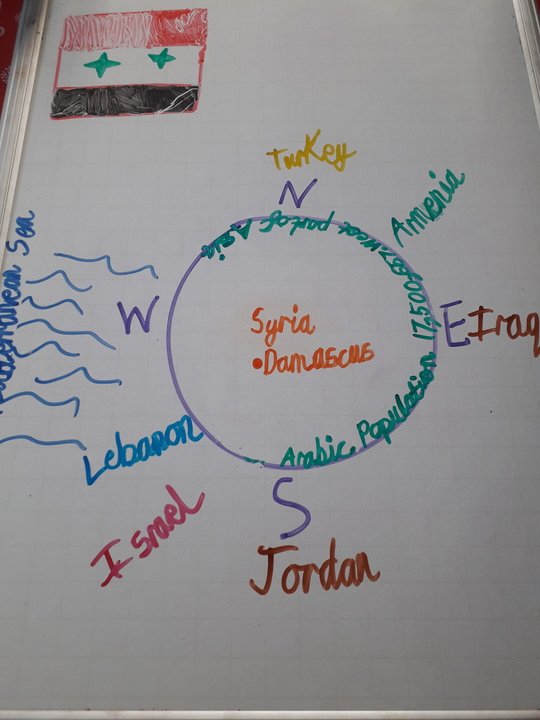 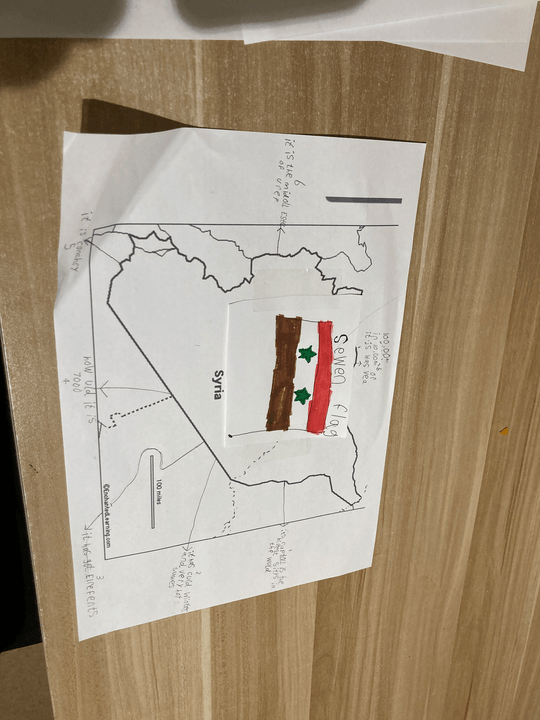 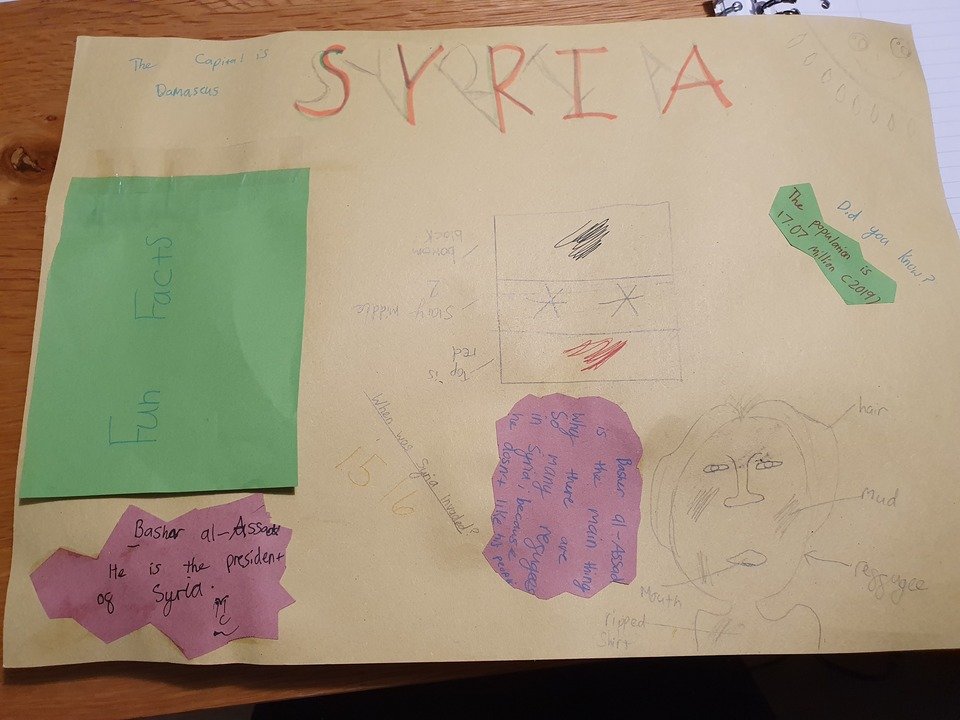 This week we have been continuing with our learning about John Blanke - Henry VIII's trumpeter and we created Tudor portraits. 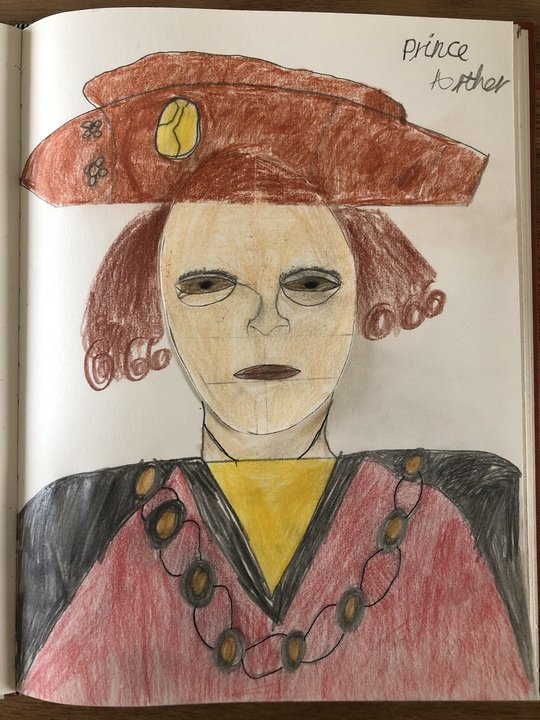 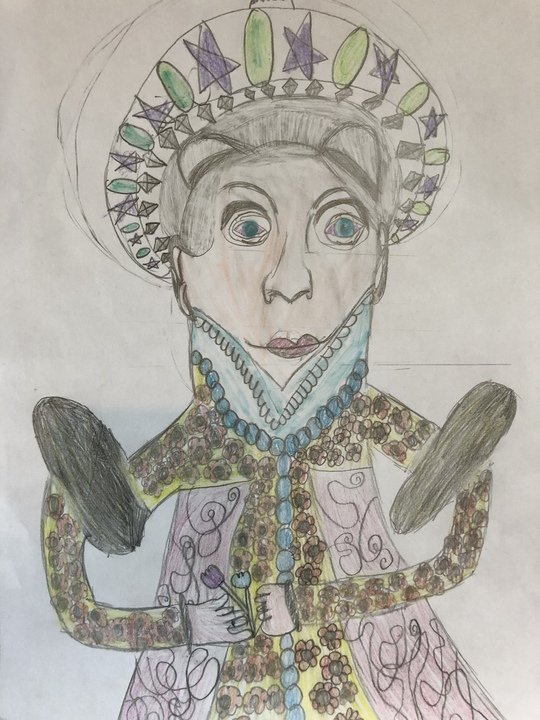 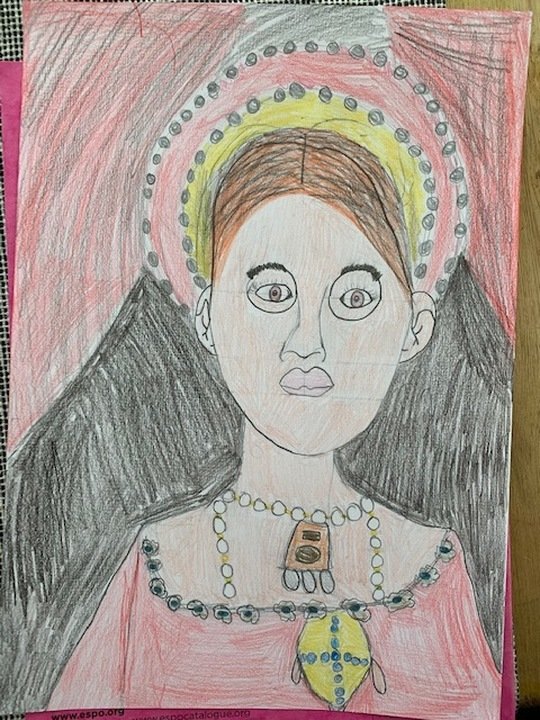 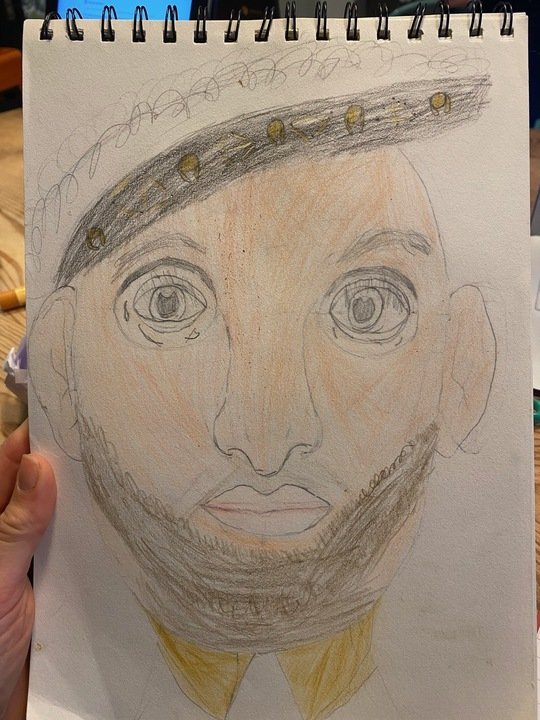 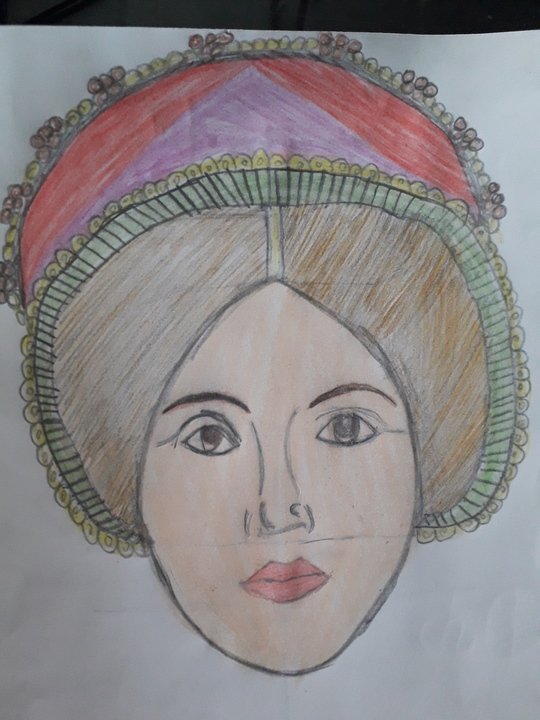 This week, we had a pause for the American Election! As we followed it so closely last term, we felt it was only right to follow what happened at the inauguration. We followed it closely live and created journal pages to show what we now know about Joe Biden and how we feel about the future with him as president! 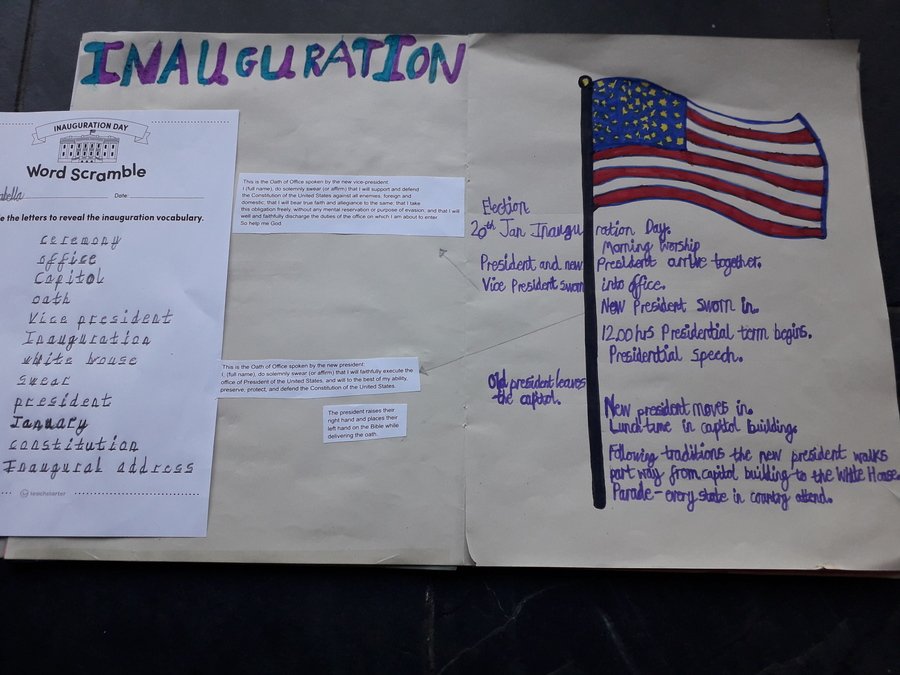 We have been thinking about Migration through the ages, starting with a focus on migration during the Romans. We looked at the Beachy Head lady, the Ivory Bangle lady and the Aurelier Moors. We created our own jewellery for the Ivory Bangle Lady and we thought about why the objects she was buried with would be significant for her.  We also thought about the route that the Beachy Head Lady may have taken to get from Nigeria to England and how she would have travelled. Additionally, we considered what she may have taken with her on the journey.

This week we began our new topic - 'Into the unknown'. We created interesting portals into a different world.

We started off the Spring Term with a project to create a 'How to' guide to journaling. Over the Autumn term, we did some brilliant work in our journals and this term we wanted to share some of our brilliant ideas and top tips for how we can produce the best journals! Check out some of our work...

In the woodlands, we created Arctic shelters to help keep us warm and safe from the weather. We also enjoyed some hot chocolate (an arctic explorer necessity) to keep us warm in our shelters. 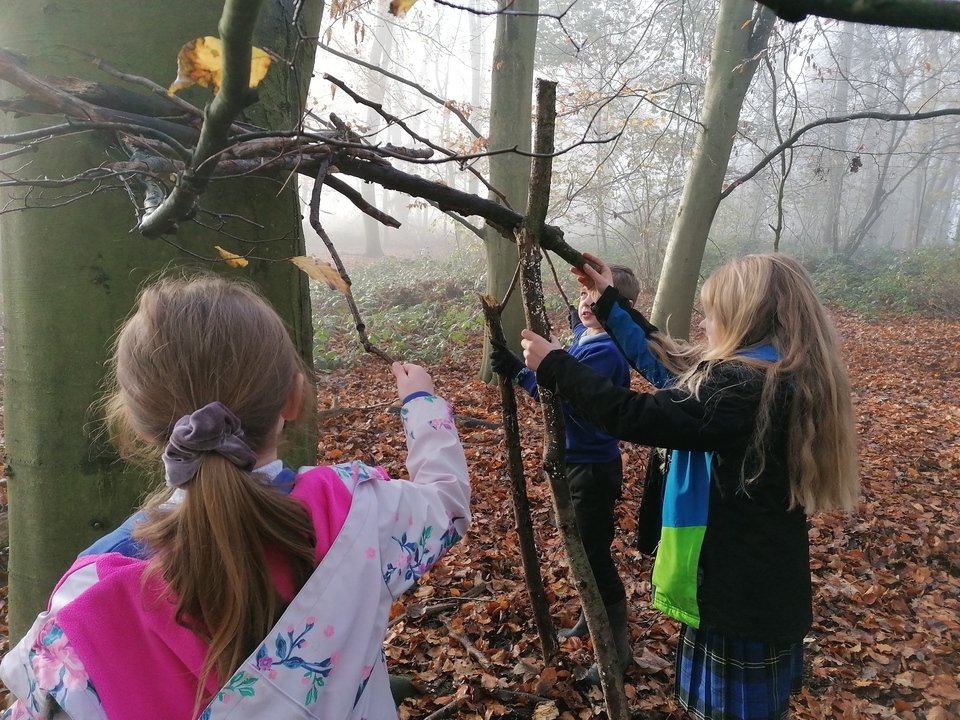 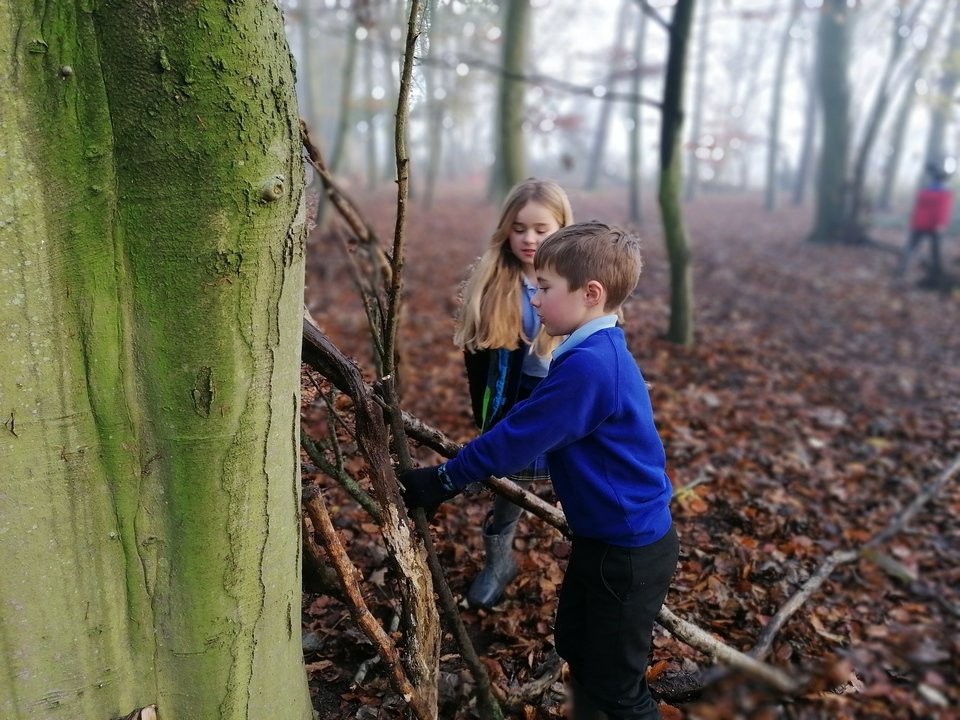 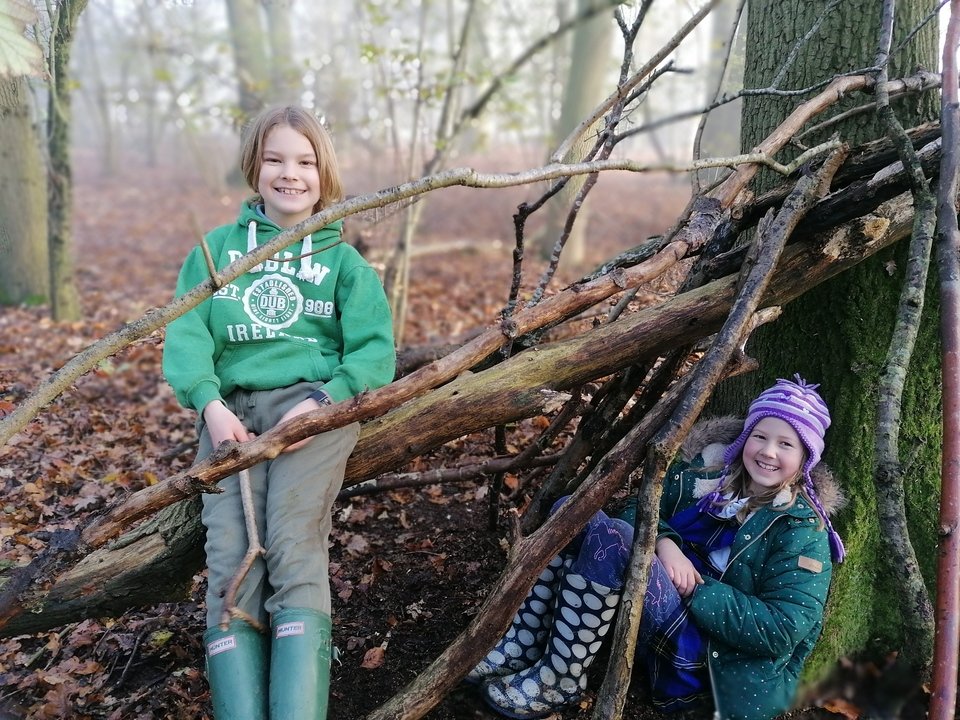 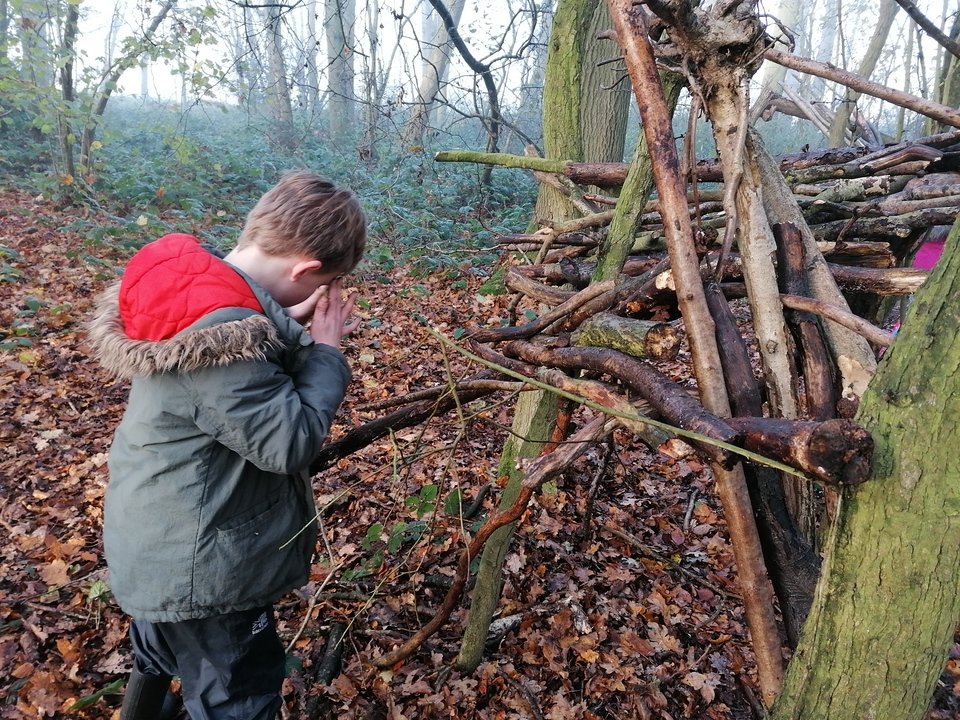 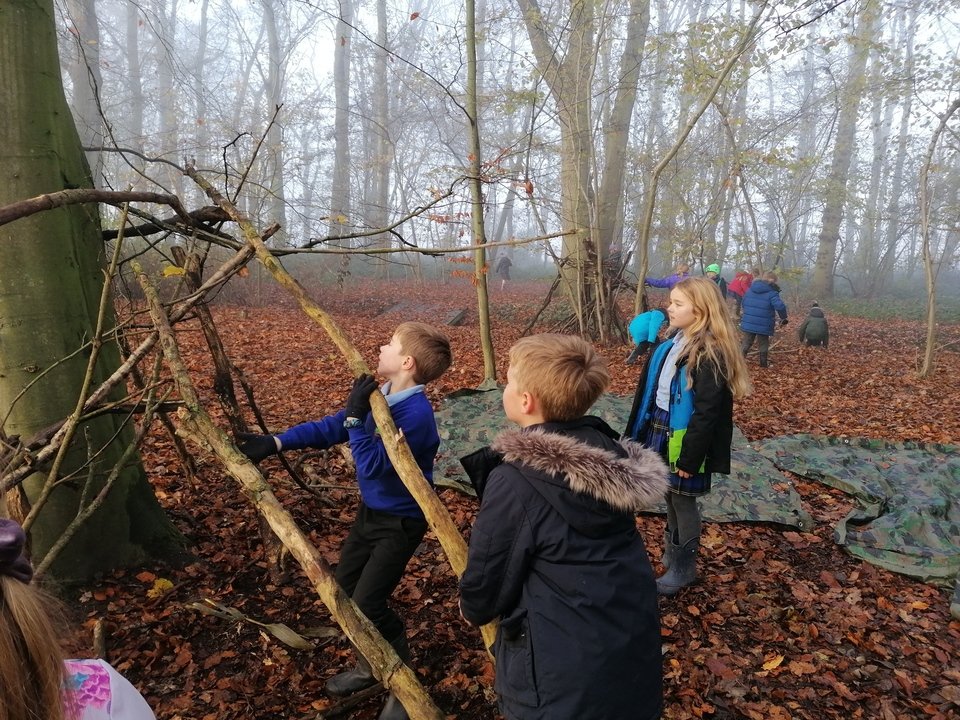 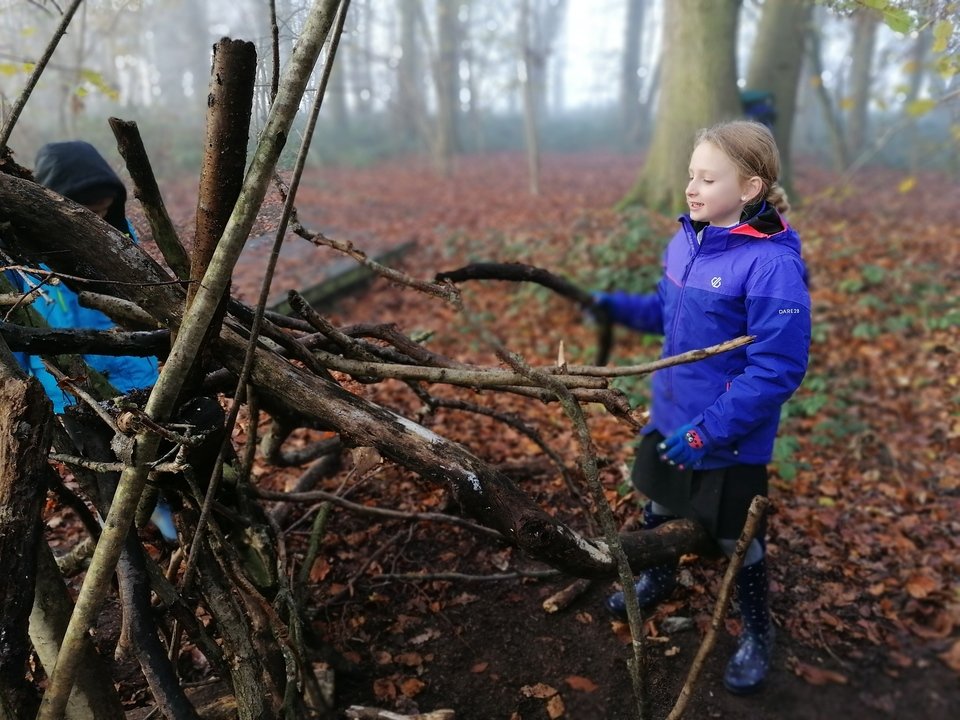 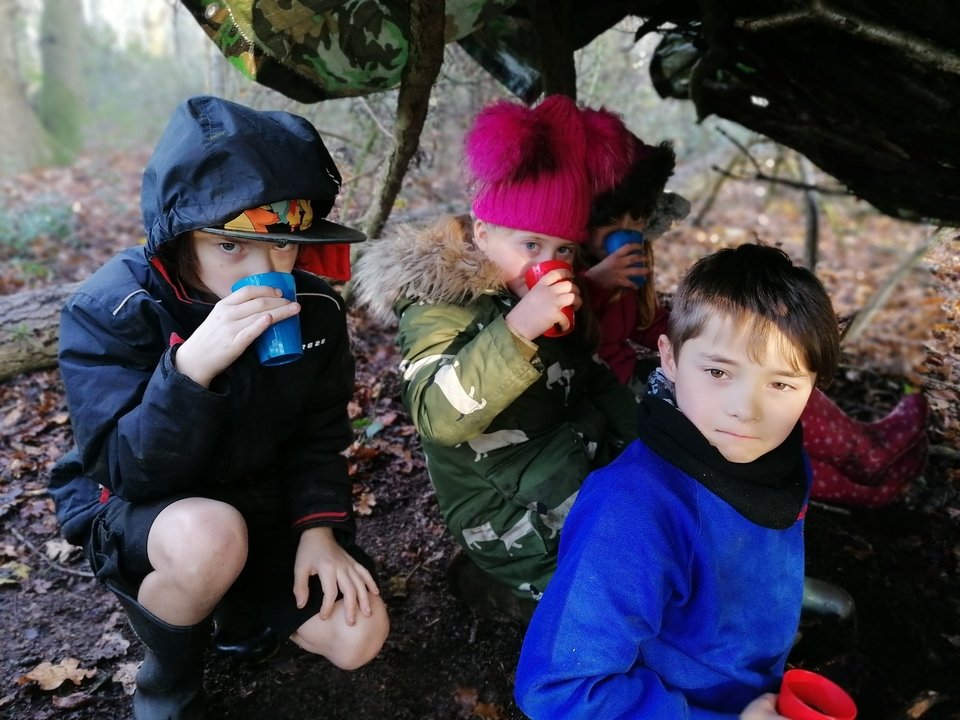 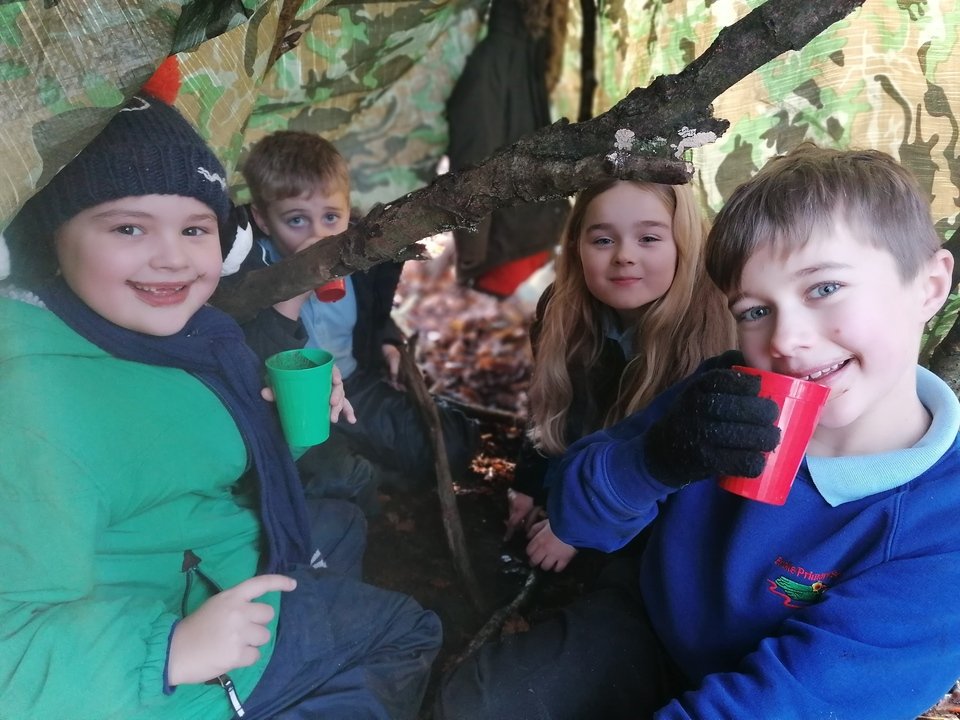 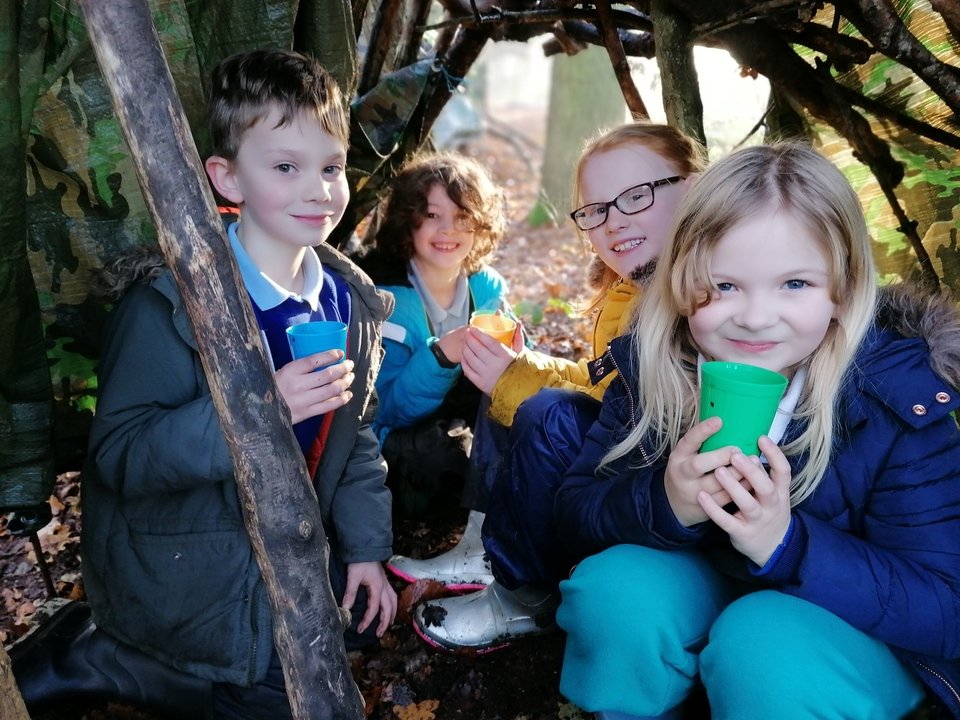 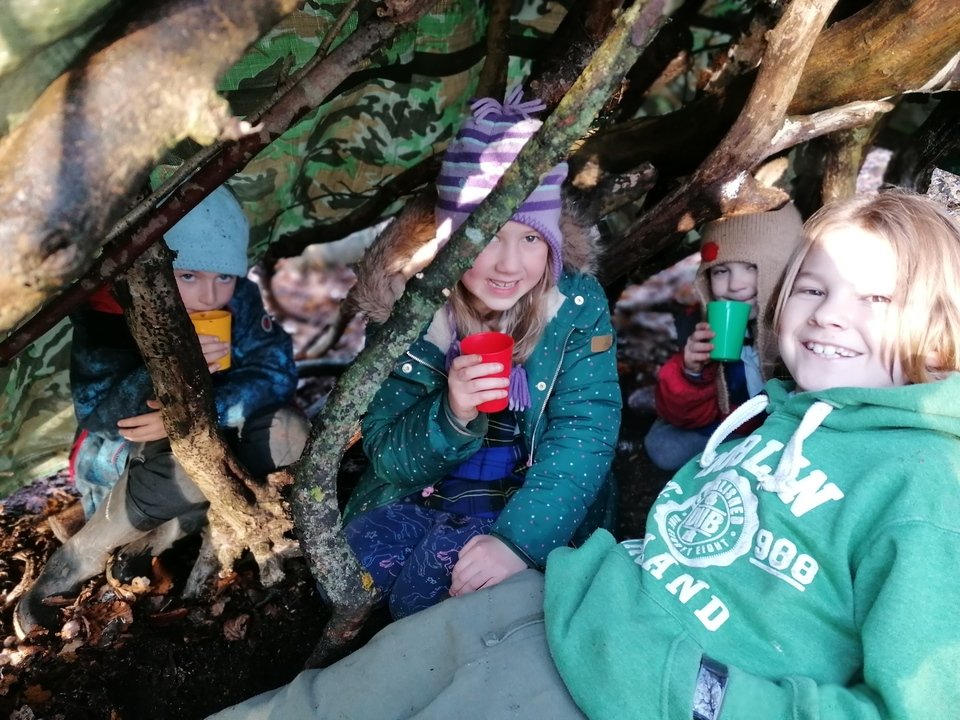 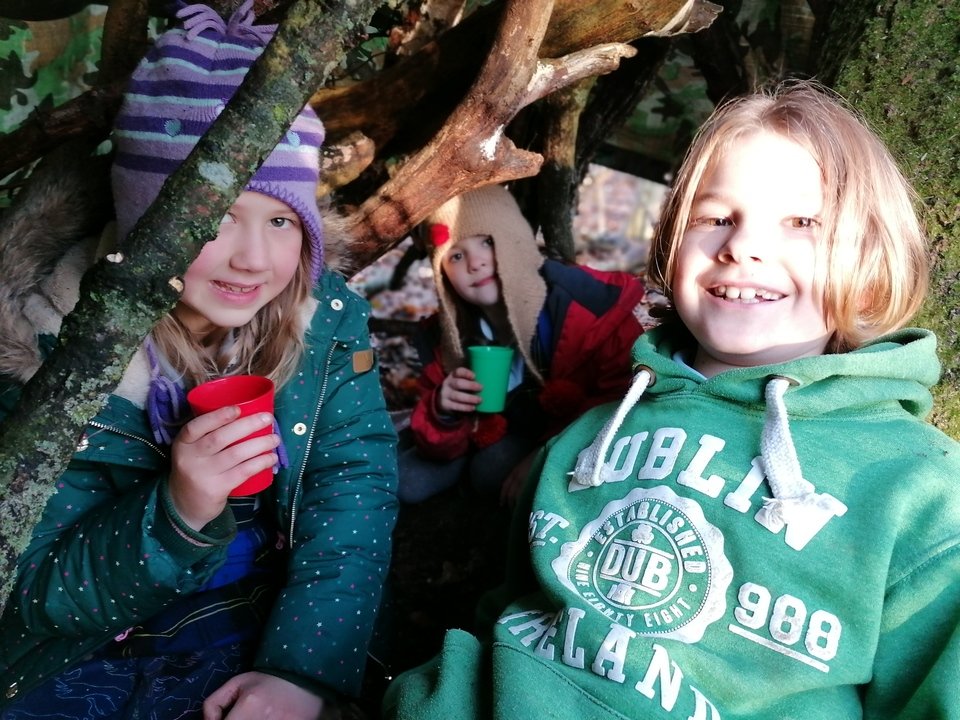 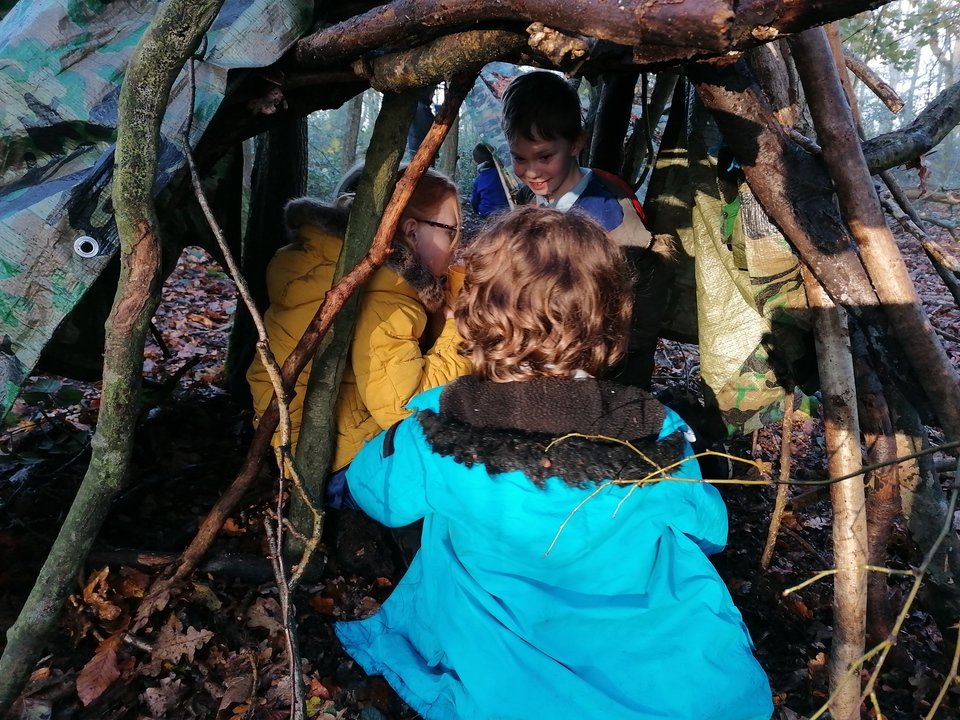 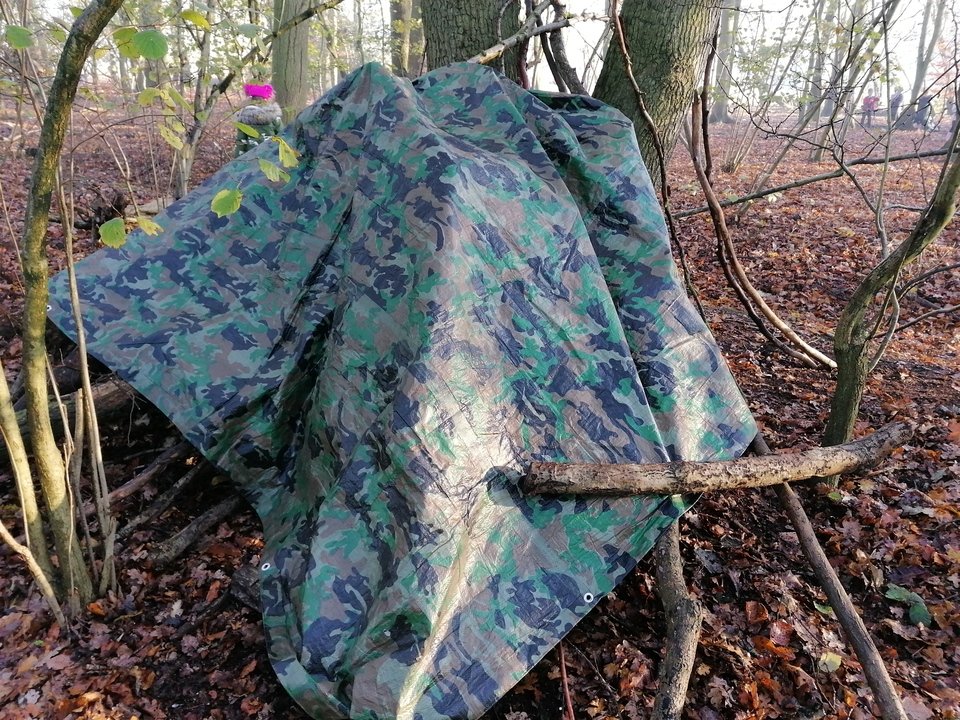 In Emu class we have started planning a journey to the Arctic. We started by looking at the difficulties that we would face in the Arctic. Next, we looked at how we could overcome them and we began our Arctic Explorer boot camp.

We had an extremely exciting week in Emu class, learning all about the American Election. We looked at how somebody becomes the president, how the election works, what the electoral college is, who the candidates are this year and we tracked the election minute by minute through news websites! It was a very busy week and we even managed to squeeze in lots of maths, looking at voter turnout and comparing different numbers of votes in different states.

For Remembrance Day Emus made a beautiful video, painting poppies on their hands while reciting fallen soldiers names. Along with this a ceremony at the local church was held at 11am.

On Tuesday 20th October we started to create our own globes! The balloons were a little larger than we expected but we thought about all the continents that needed to be added, the oceans and where the equator is.

We have been learning all about the Rainforest in Emu class. Rosalyn explains how we made a Rainforest Terrarium:

1.First, pour the activated charcoal into the jar.

2.Next, pour  in a layer of golden sand.

3.After, add the soil into the  jar. Make sure after every ingredient  you shake and make it flat but do not mix it together.

4. Then add as many plants that fit.

Your rainforest is now self sufficient!

We had a fantastic time at the woods on Friday 16th October. We created maps of our journey from the school to the woodlands, using different materials that we found in the woods. We also enjoyed some hot chocolate and cakes!

In writing we have been focussing on a short film: Taking Flight. It follows the adventures of a young boy and his Grandpa as they journey through jungles and space! We wrote Kenning poems about the characters and places in the film. Can you guess what our poems are about?

We have been busy using watercolours to create different pages for our journals. We were inspired by our book: The lost book of Adventure, to create these amazing sketchbook pages.

We have been learning about different circuits in Science. We set a challenge to see who could choose the correct equipment to make the light bulb light.

In Emu class, we are really enjoying our independent journals. We have been creating so many different pages about all of our learning. Recently, we went on a walk around the local area, where we looked at different maps, created our own maps and counted pedestrians and traffic on different roads.

We had a fantastic start to the year in Emu class! We have already been busy doing lots of writing, working on our independent journals and learning all about Emus. This year, each member of Emu class has their own journal where they will be able to choose how they layout and present their work. We started ours with our work that we have been doing about Emus.  On top of that, we have worked hard in maths with our work on place value and we have been busy getting used to all the routines back in school.